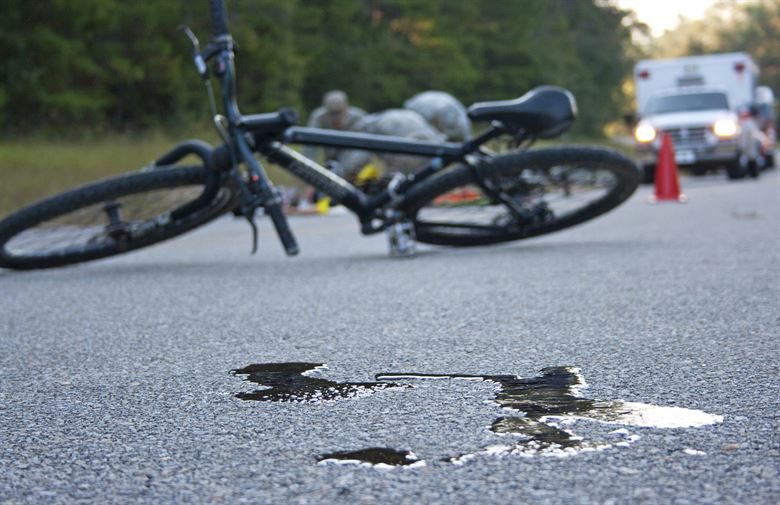 Bicycling has become an increasingly popular sport and mode of transportation across British Columbia. Many bicycling enthusiasts have taken to the roads in British Columbia, where more bike paths have been created in cities and on or beside highways. This increase in the number of bicyclists means that both bicyclists and motorists need to drive with amplified caution and courtesy. Those who ride bicycles are at serious risk of severe injury or death when involved in a traffic accident. Bicyclists can be crushed and/or hurled by the impact with a car, truck or SUV and may be severely injured upon impact with the vehicle, road or other objects at the scene.

Anyone riding a bicycle in BC is required to wear a helmet regardless of their age. Even with a helmet, bicyclists are extremely vulnerable to injury because of the lack of any other protective barrier. In 2016, 2100 collisions involving bicycles were reported in BC, resulting in 10 fatalities and 1700 injured cyclists. Approximately 19 percent of non-helmeted bicyclists suffered head injuries or injuries to the entire body, compared to approximately 14 percent of helmeted bicyclists.

If you are involved in a bicycle accident in Vancouver or in the surrounding areas of British Columbia where injury or death has occurred, the accident should be reported to the police or RCMP detachment having jurisdiction in the area. It is also crucial that you speak with an experienced personal injury lawyer who can help you navigate the ICBC claims process.

Causes of BC Bicycle Accidents

According to ICBC statistics, in 2016 the top five contributing factors affecting bicyclists who were involved in accidents with motor vehicles were inattentiveness, biking on the wrong side of the road, failing to yield the right of way to others, mistakes or confusion on the part of the bicyclist and ignoring traffic control devices. For drivers of motor vehicles involved in accidents with bicycles, the top five contributing factors were driver inattention, failing to yield the right of way, driver error or confusion, improper turning and sunlight glare. Once again, as in other accident statistics reported by ICBC, the inattention of both drivers and bicyclists is the leading cause of accidents. Defensive driving and defensive bicycling strategies should always be observed to preserve one’s own and others’ safety and lives.

Many people in cities across BC rely on bicycles as their primary mode of transportation. In 2016, more than 50 percent of all bicycle accidents took place in intersections, and most of such accidents occurred between the peak hours of three and six p.m. According to ICBC statistics, 10.08 percent of people involved in bicycle collisions in 2016 were between the ages of 26 and 30. 60% of the time the most serious injuries to non-helmeted cyclists were to the head. For helmeted bicyclists, the most serious injuries were to the head only 25% of the time.

Getting Legal Help After a BC Bicycle Accident

Drivers who are inattentive will often fail to notice a bicyclist on the road. When they do, they may be unable to stop in time to avoid an accident. This constitutes negligence and is pertinent to any ICBC claim following an accident involving a bicyclist. Any bicyclist who is injured in a traffic accident will need to file a claim with ICBC. However, before you talk to an ICBC claims representative, it is to your advantage to get skilled legal help from a lawyer who handles such claims and lawsuits on a daily basis. Mike Coric is a BC personal injury lawyer with over 10 years of experience dealing with traffic accidents of all kinds. He regularly provides legal help to clients who have been injured in this type of situation. He offers a free consultation to help you get started and his firm works on contingency fee agreements, which means that you pay nothing until you receive compensation from ICBC.

A skilled lawyer can help to ensure that your financial recovery from any accident is fair and reasonable and is not a discounted or low-ball settlement that does not cover all of the past and future consequences of your injuries.